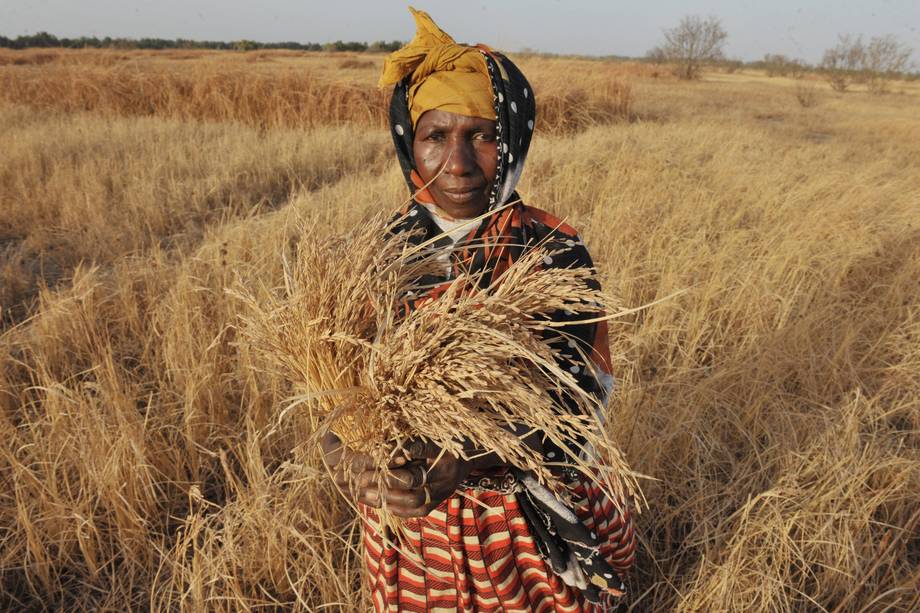 FAO Eradication is next goal

The number of hungry people in the world has dropped to 795 million – 216 million fewer than in 1990-92 – or around one person out of every nine, according to the latest edition of the annual UN hunger report (The State of Food Insecurity in the World 2015 – SOFI).

In the developing regions, the prevalence of undernourishment – which measures the proportion of people who are unable to consume enough food for an active and healthy life – has declined to 12.9 percent of the population, down from 23.3 percent a quarter of a century ago reports SOFI 2015, published today by the Food and Agriculture Organization of the United Nations (FAO), the International Fund for Agricultural Development (IFAD) and the World Food Programme (WFP).

A majority – 72 out of 129 – of the countries monitored by FAO have achieved the Millennium Development Goal target of halving the prevalence of undernourishment by 2015, with developing regions as a whole missing the target by a small margin. In addition, 29 countries have met the more ambitious goal laid out at the World Food Summit in 1996, when governments committed to halving the absolute number of undernourished people by 2015.

“The near-achievement of the MDG hunger targets shows us that we can indeed eliminate the scourge of hunger in our lifetime. We must be the Zero Hunger generation. That goal should be mainstreamed into all policy interventions and at the heart of the new sustainable development agenda to be established this year,” said FAO Director General José Graziano da Silva.

“If we truly wish to create a world free from poverty and hunger, then we must make it a priority to invest in the rural areas of developing countries where most of the world’s poorest and hungriest people live,” said IFAD President Kanayo F. Nwanze. “We must work to create a transformation in our rural communities so they provide decent jobs, decent conditions and decent opportunities. We must invest in rural areas so that our nations can have balanced growth and so that the three billion people who live in rural areas can fulfil their potential.”

“Men, women and children need nutritious food every day to have any chance of a free and prosperous future. Healthy bodies and minds are fundamental to both individual and economic growth, and that growth must be inclusive for us to make hunger history,” said WFP Executive Director Ertharin Cousin.

Extreme weather events, natural disasters, political instability and civil strife have all impeded progress – 24 African countries currently face food crises, twice as many as in 1990; around one of every five of the world’s undernourished lives in crisis environments characterized by weak governance and acute vulnerability to death and disease.

SOFI 2015 notes that over the past 30 years crises have evolved from catastrophic, short-term, acute and highly visible events to protracted situations, due to a combination of factors, especially natural disasters and conflicts, with climate change, financial and price crises frequently among the exacerbating factors.

Hunger rates in countries enduring protracted crises are more than three times higher than elsewhere. In 2012 some 366 million people were living in this kind situation – of whom 129 million were undernourished – 19 percent of all food-insecure people on the planet.

Yet, alongside these challenges, the world population has grown by 1.9 billion since 1990, making reductions of the number of hungry people all the more striking, the report says.

Bright lights and darker shadows on the hunger map

Large reductions in hunger were achieved in East Asia and very fast progress was posted in Latin America and the Caribbean, southeast and central Asia, as well as some parts of Africa, showing that inclusive economic growth, agricultural investments and social protection, along with political stability makes the elimination of hunger possible.  Above all, the political will to make hunger eradication a paramount development objective has fostered progress.

“The near-achievement of the MDG hunger targets shows us that we can indeed eliminate the scourge of hunger in our lifetime. We must be the Zero Hunger generation.” – FAO Direct0r-General José Graziano da Silva

Sub-Saharan Africa is the region with the highest prevalence of undernourishment in the world – at 23.2 percent, or almost one in every four people. However, African nations that invested more in improving agricultural productivity and basic infrastructure also achieved their MDG hunger target, notably in West Africa.

The proportion of hungry people in Latin America and the Caribbean has dropped from 14.7 percent to 5.5 percent since 1990, while the share of underweight children (below 5 years of age) also declined sharply. A strong commitment to hunger reduction was translated into substantial social protection programmes which, coupled with strong economic growth, drove continent-wide progress.

Diverse trends were observed in different parts of Asia. Countries in Eastern and Southeast Asia have achieved steady and rapid reduction in both malnourishment indicators, buoyed by investment in water and sanitation infrastructure as well as favourable economic prospects.

In southern Asia, the prevalence of undernourishment has declined modestly, to 15.7 percent from 23.9 percent, but much greater progress was made in reducing underweight among young children.

Severe food insecurity is close to being eradicated in North Africa, with the prevalence of undernourishment below 5 percent, while dietary quality is of growing concern in the region, where there is a rising prevalence of overweight and obesity.

In West Asia, where hygiene conditions are generally advanced and child underweight rates low, the incidence of hunger has risen due to war, civil strife and consequent large migrant and refugee populations in some countries.

Lessons from the MDGs experience

While there is no one-size-fits-all solution for how to improve food security, the SOFI report outlines several factors that played a critical role in achieving the hunger target.

First, improved agricultural productivity, especially by small and family farmers, leads to important gains in hunger and poverty reduction. High performers on that front in Africa met the MDG hunger target while those that made slower progress did not.

Second, while economic growth is always beneficial, not least because it expands the fiscal revenue base necessary to fund social transfers and other assistance programmes, it needs to be inclusive to help reduce hunger. Inclusive growth provides a proven avenue for those with fewer assets and skills in boosting their incomes, and providing them the resilience they need to weather natural and man-made shocks.  Raising the productivity of family farmers is an effective way out of poverty and hunger.

Third, the expansion of social protection – often cash transfers to vulnerable households, but also food vouchers, health insurance or school meal programs, perhaps linked to guaranteed procurement contracts with local farmers – correlated strongly with progress in hunger reduction and in assuring that all members of society have the healthy nutrition to pursue productive lives.

Some 150 million people worldwide are prevented from falling into extreme poverty thanks to social protection, according to SOFI – but more than two-thirds of the world’s poor still do not have access to regular and predictable forms of social support. Transfers help households manage risk and mitigate shocks that would otherwise leave them trapped in poverty and hunger.

Highs and lows of expedition 720